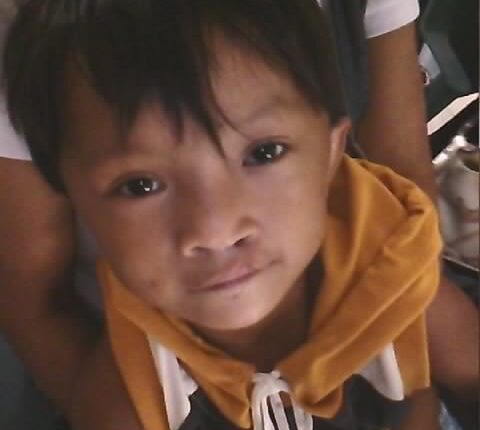 ​With regards to Reynold the other day we talked to them (Mother and Reynold). He is fine and we found out that he gained 2 kilos of weight. He spoke, not so well but yes he can talk. Of course he has still hole in the palate that did not close from the last operation that he had undergone. The mother said that when he drinks, an amount of what he drinks goes to his mouth, because of its hole. We decided that on Tuesday, 30 January early in the morning, we will be going to the hospital for his check up and we will see what the doctor will tell us. I also showed to him your photo…imagine how he was looking at you! He said with joy “how beautiful she is!” Yes of course, but you also pray for here specially because she is driving the plane! Who knows someday you can ride also in a plane! If God’s will, I told him.

How are you? I hope that you are fine. I just want to update you regarding Reynold’s health condition:

After the medication for the parasites (in fact plenty of those came out from him), and having taken vitamins which gave him more appetite to eat (but unfortunately the family doesn’t have enough to give him), we went back to the hospital for follow up check up on the

Thank you once again for your generosity in supporting him and our kids in their christian and human formation. May God bless you abundantly.

Gratefully yours,
sr. Lucy ….and in the name of the kids and their family specially of the family of Reynold.